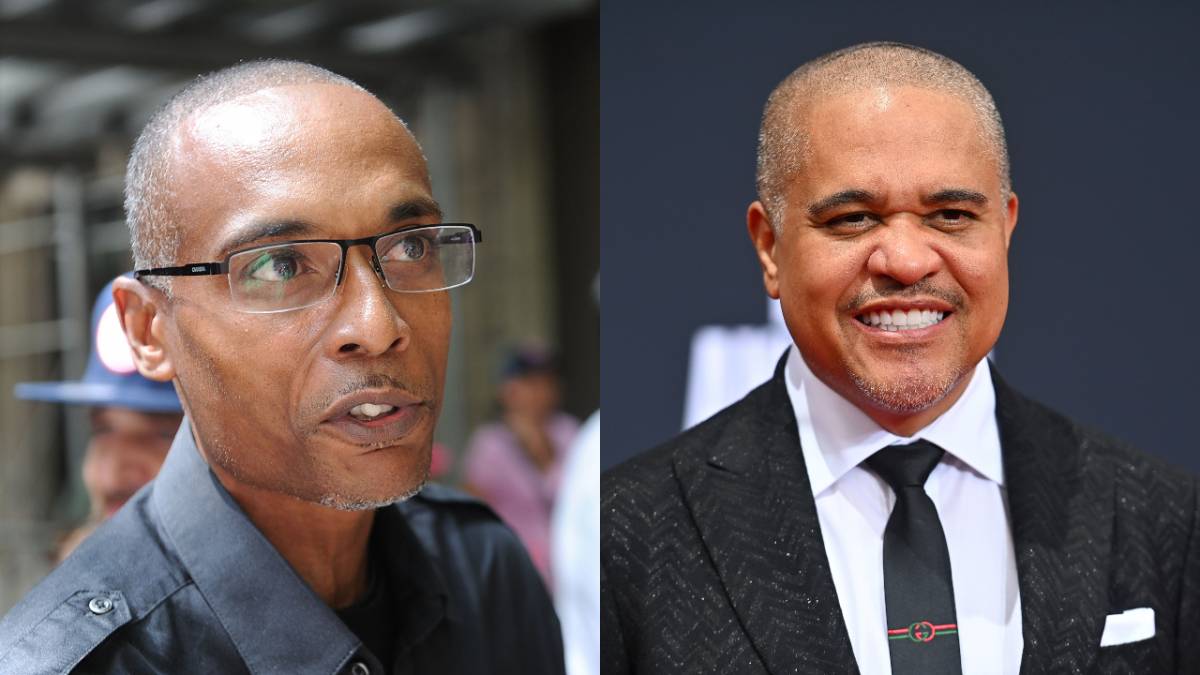 Mic Geronimo has responded to Irv Gotti’s incendiary comments made on Drink Champs.

The “Shit’s Real” MC was a guest on Drink Champs back in 2020, in which he detailed more about what led to the heavily speculated fall out between him and his one-time producer, Irv Gotti.

Irv Gotti met Mic Geronimo at a local high school talent show in Queens, New York in the 1990s, and was the production backbone behind his breakout hit “Shit’s Real” from his 1995 debut The Natural, as well as a posse cut titled “Time To Build” with a then unknown DMX and JAY-Z. The album briefly propelled Geronimo to Billboard stardom, which he maintained before his relationship with Gotti fizzled away, with rumored disagreements being the alleged cause.

Mic essentially said things with Gotti were tense from the jump, and that their “personalities clashed” shortly after meeting each other. While things were kosher starting off, their relations quickly took a turn when Mic felt during the recording process of his debut album The Natural that Gotti had been using him as a means to an end rather than genuinely investing in his career.

“Irv has an uncanny ability to let his ego, I hate to say it, take control of every motor function,” Mic told N.O.R.E. “I never forget the n-gga turned to me and said, ‘see? I should have just made you sign the paperwork’, and when he said that shit a jolt ran through my body.”

When Gotti appeared on Drink Champs on Saturday (August 6), he was asked to also address these alleged disputes, but merely added fuel to the fire.

“We back on Mic Geronimo?” Gotti said. “Fuck that bitch ass n-gga. I’m drunk but it’s really real. Fuck you n-gga. You thought I wasn’t the one? Guess what? I’m the one n-gga. I’m the fuckin one…I’m gonna make them fuckin’ hits that you gonna remember forever.”

Geronimo took to Instagram Live to respond to the disrespectful comments aired out by his former supporter.

“So I’m gonna just get to it. So I saw the sucker ass shit on Drink Champs and shit and very quickly let me just say I don’t even like mentioning this fuckin dumb ass n-gga name because it’s annoying at this point. N-gga you’re like a mosquito bite that just doesn’t heal.”

He continued, “So let’s just get to it. Irving Lorenzo Magoo, it was never nothing about nobody believing in you. Doubting your ability. None of that shit. I don’t like your fuckin beats bro, to be honest with you. You hit me with maybe two, three beats that I felt was I was fuckin with, but the rest of that shit? Nah n-gga.

“You didn’t have a crew of n-ggas making tracks for you. They was just your tracks and the majority of the tracks was fucking trash my n-gga. Since you wanna go there. So it had nothing to do with I didn’t believe in you, the bitch ass n-gga shit I don’t even get bro because I never heard you talk this way and if you do that’s some brand new shit. Let alone refer to me n-gga, and mind you I put my mind body and soul on the line for you more than once in life n-gga. I can’t say you done the same for me.”

Mic Geronimo went on to say that the reason their personalities always clashed was that he could “smell” that Irv Gotti was “a sucker from a thousand feet away.”

“I don’t really speak on it because to me the past is the past. However, with that being said, n-gga don’t never in your motherfucking life come outta your face and call me a bitch ass n-gga and I’ve seen you curl up more than once bro.”