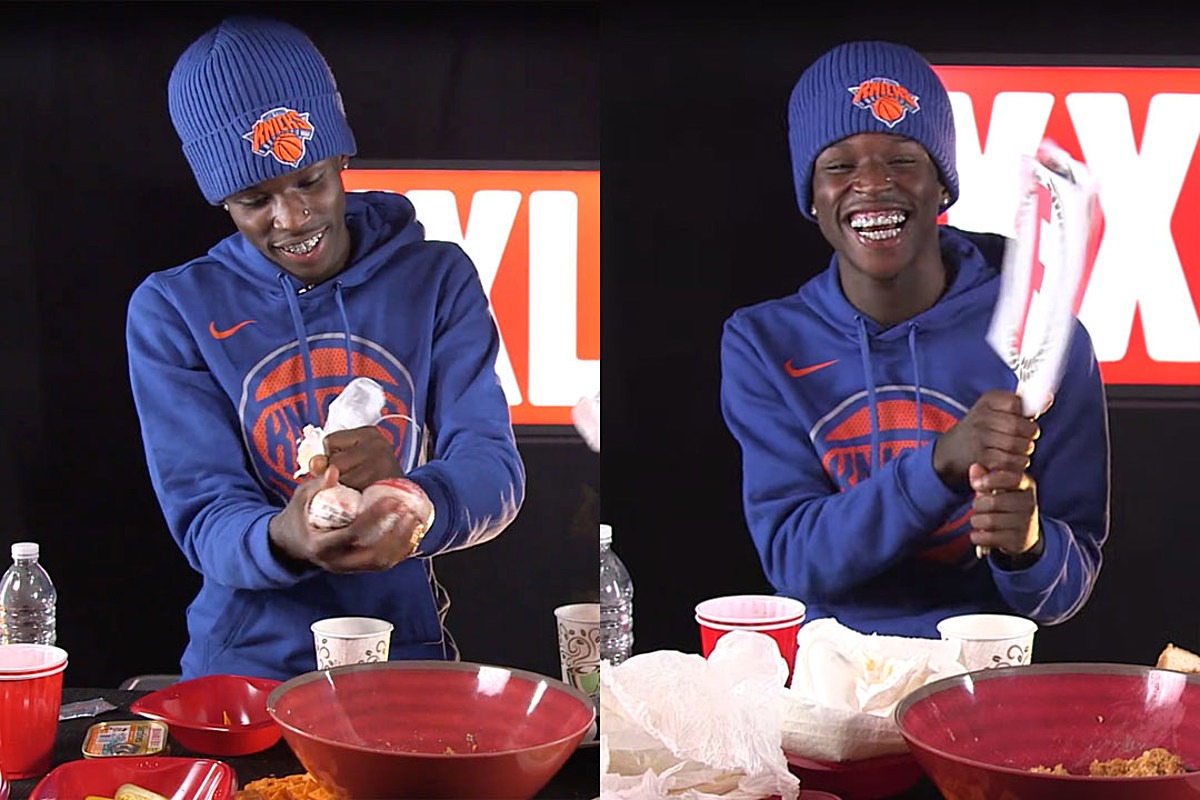 Quando Rondo isn’t afraid to take it back to the basics. While the emerging rap star behind the bangers “I Remember” and “Motivation” has come up from his Savannah, Ga. neighborhood and made it to the main stage, he never forgets his roots. The 20-year-old rapper, who started out recording rhymes and melodies on his cell phone, began really taking his music seriously after a stint in a juvenile detention center. It was during his time spent in juvie where he was taught a few lessons, including how to chef up his favorite struggle plate, which he now calls the QPac Casserole.

“This makes you full,” says Quando, as he prepares his beloved meal for XXL’s Struggle Plates series. “It gives you a real full stomach.” Named after Quando’s debut album, which drops this Friday (Jan. 10), the food combo of epic proportions is comprised of ramen noodles, pickles, slices of bread, Cheez-It crackers, nacho cheese-flavored Doritos, hot water, an onion and spicy sardines. “I like sardines so much,” he admits.

The southern rapper prepares the meal by breaking up the ramen noodles by slamming them into a bowl. Once all the ingredients are together, he uses a plastic bag that he just ripped up as his mixing bowl of sorts. Hot water, sardines, pickles and onions add to the final flavor of the dish, which Quando reveals is actually bad luck to eat if you're not in jail.

Quando Rondo first made a splash in 2018, with records like the Lil Baby-assisted “I Remember” and the Cash Money AP-produced “Paradise.” Within the next two years he delivered the mixtapes Life B4 Fame, Life After Fame and From the Neighborhood to the Stage, garnering cosigns from the likes of YoungBoy Never Broke Again. Now he’s preparing to level up with his latest release.

“I just hope it takes me to the next level,” Quando says of his QPac album. “It ain’t even because of fame or nothing. I just want to get paid, take care of my family and keep doing music.” The project is set for release via Atlantic Records, and will feature 18 tracks with collaborations from A Boogie With Da Hoodie and 2 Chainz on “Bad Vibe,” the Lil Durk-assisted “Safest” and “Marvelous” with Polo G.

Learn how to master the art of crafting Quando Rondo’s QPac casserole in the video below.