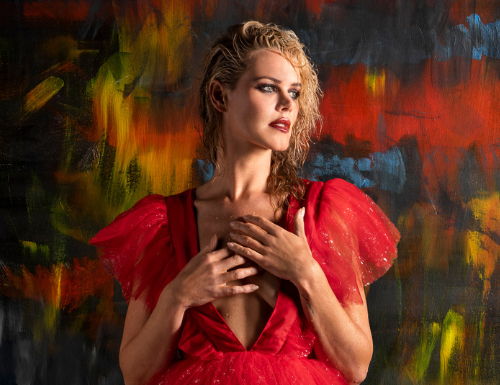 “Wake Up” song and music video is Kelly Monrow’s latest release, one we’ve been obsessed with. There is an immense amount of emotions pouring out of each word, each glance, and everything is so painfully relatable that one cannot walk away after listening to it once. Hence the thousands of views on YouTube and counting! We really admire Kelly Monrow for being so open and vulnerable in all of her songs, sharing her true self with the world, and at the same time supporting and even encouraging other women toward self-acceptance and self-love.

Kelly Monrow is a singer-songwriter and actress from Austin, Texas. She started her onscreen career modeling and acting in commercials. After appearing in independent films while receiving her undergraduate degree at the University of Texas at Austin, she played roles in famous shows like Billions, Lucifer, and American Crime Story. Monrow then started her music career, dropping several singles and the album Scars of Venus. Influenced by legends like Shania Twain, Dolly Parton, Pink, and Bonnie Raitt, Kelly Monrow feels a sense of responsibility to motivate women to pursue their goals and dreams. Get to know Kelly Monrow through her social media and check out “Wake Up” down below!