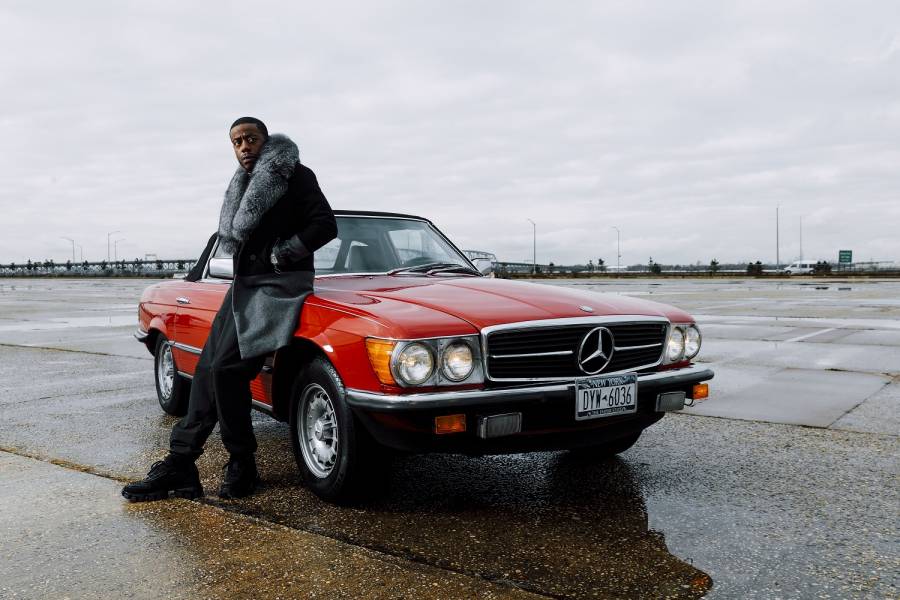 When G-Unit was at its peak, you would have been hard-pressed to go somewhere with Curtis “50 Cent” Jackson and the squad and not see a variety of ancillary and affiliate rappers tagging along for the ride.

One such rapper was Trav, who stuck by the rapper throughout physical altercations, drama with fashion affiliates, and yes, even drama with his own son. Back in 2013, Trav was physically shoved by Fif during a Mixshow Live event in Atlanta, and not even that was enough to break the bond between the two.

In fact, back then, Trav said that he had a “love” for Fif that few others had, and because he’d been around the “Many Men” rapper since he was “13, 14 years old,” he wasn’t going to let a little spat get in the way of their relationship.

Today, however, times have changed. Drastically.

“I never wanted to speak on it, because it was like beating on a dead dog. It was a part of my life that I got away from,” he told HipHopDX exclusively. “I just made a transition, and it seemed like the more I made transitions to better myself, the more I continuously got hate from somebody I thought that it was supposed to be love from, as a true family member. After a while, you start to see what it is. Reality hits you. You could be caught up in everything that’s going in the moment, and the time of everything. But when reality hits you on what’s really going on, it just wasn’t right. You know what I mean?”

Trav, of course, is referring to his recent Instagram Live in which he went into explicit detail about Fif’s various activities, both legal and otherwise. Over the course of 40 minutes or so, Trav detailed how he served as a “soldier” of sorts for the Power creator, “bussin’ his gun” against enemies both perceived and real, and serving as protection for the Hip Hop provocateur. Additionally, Trav referred to Fif as a “pussy” on several occasions throughout the Live because he never committed any other violent crimes after he became famous, and he even had some choice words for some former G-Unit members, as well (Banks is lazy, Yayo is a flunkie — the usual song and dance).

But the “Ride The Wave” rapper said that he wouldn’t have done so if he had any other feasible alternative. Essentially, the two friends-turned-archenemies struck a tenuous deal: 50 takes down the post dissing Trav, and Trav stays quiet. But when 50 seemingly refused to comply, Trav felt his former friend was fair game.

“I’m the one that’s going to stand up for myself,” he said. “I wouldn’t have even done that Live if [50 Cent] would have taken it [the “diss post” on Instagram, which has been subsequently deleted] down at 8:00. But you know 50, he’s going to be like, take the message down, 8:05. No, I’m no sucker, bro, you know me. I’m not going to take these games you play. No, I’m different. You know what? This is what you want? I’m going to give you what you want.”

For his part, Trav would prefer if people focus on his music. He’s just released a song called “You Choose” featuring Tory Lanez, and the official music video for the song dropped three days ago. Far from being the baby-faced “hitta” of yester-year, Trav’s look — and sound — has matured greatly from his days of 2011’s “Ride The Wave,” whose rap remix featuring Cassidy and former G-Unit dark horse Lloyd Banks was a New York underground sensation in the early 2010s.

“One thing I appreciated was that he [50 Cent] said I make good music,” he said. “Because then I would have to say other things. And this is what we should never have. This is what I never wanted, bro. I’d rather put out my songs, and it gradually starts to connect with the public. Then they’d be totally bugged, because of this fucking gossip. You hear what I’m saying?”